Домой Real articles The woman who refused to die.
In 1650, housemaid Anne Greene was seduced by the grandson of her employer and became pregnant. But she told no one. She miscarried six months later and buried the body of her son by herself. When the body was discovered, Greene was charged with infanticide despite clear evidence that the child had been born dead.

Greene was found guilty and sentenced to hang. On December 14, she was “turned off” the scaffold, hanging by the neck for almost half an hour while her friends thumped her on the chest and pulled on her legs with all their might to shorten her ordeal.

Finally, her body was cut from the scaffold and was ordered to be sent to a surgeon for experimental purposes. As she was placed in the coffin, a guard heard Greene breathe. He jumped up and down on her chest a few times to finish her off as an act of charity—or so he said.

Despite this, the surgeon revived Anne Greene with “hot and cold cordials,” throat tickling, and a hot enema. The last one, it seemed, did the trick. Anne Greene was later pardoned, got married, and had three more children before finally dying in childbirth in 1665. 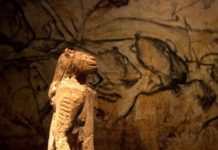 The Count of Monte Cristo — Level 3

english-teacher.moscow - 29.10.2019
0
Edmond Dantes is a clever young seaman, but he has enemies who tell lies about him. On...
© 2017-2020 Репетитор английского языка Новогиреево Москва
БОЛЬШЕ ИСТОРИЙ