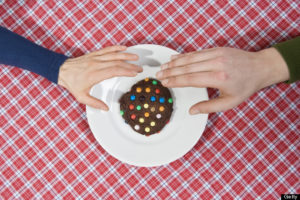 There’s a psychological reason behind the fact that those in power sometimes act towards others with a sense of entitlement and disrespect. A 2003 study published in the journal Psychological Review put students into groups of three to write a short paper together. Two students were instructed to write the paper, while the other was told to evaluate the paper and determine how much each student would be paid. In the middle of their work, a researcher brought in a plate of five cookies. Although generally the last cookie was never eaten, the “boss” almost always ate the fourth cookie — and ate it sloppily, mouth open.

“When researchers give people power in scientific experiments, they are more likely to physically touch others in potentially inappropriate ways, to flirt in more direct fashion, to make risky choices and gambles, to make first offers in negotiations, to speak their mind, and to eat cookies like the Cookie Monster, with crumbs all over their chins and chests,” psychologist Dacher Keltner, one of the study’s leaders, wrote in an article for UC Berkeley’s Greater Good Science Center.