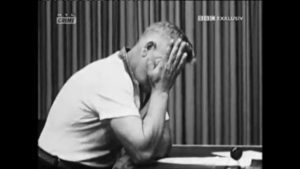 Milgram wanted to conduct the experiment to provide insight into how Nazi war criminals could have perpetuated unspeakable acts during the Holocaust. To do so, he tested a pair of participants, one deemed the “teacher” and the other deemed the “learner.” The teacher was instructed to administer electric shocks to the learner (who was supposedly sitting in another room, but in reality was not being shocked) each time they got questions wrong. Milgram instead played recordings which made it sound like the learner was in pain, and if the “teacher” subject expressed a desire to stop, the experimenter prodded him to go on. During the first experiment, 65 percent of participants administered a painful, final 450-volt shock (labeled “XXX”), although many were visibly stressed and uncomfortable about doing so.

While the study has commonly been seen as a warning of blind obedience to authority, Scientific American recently revisited it, arguing that the results were more suggestive of deep moral conflict.

“Human moral nature includes a propensity to be empathetic, kind and good to our fellow kin and group members, plus an inclination to be xenophobic, cruel and evil to tribal others,” journalist Michael Shermer wrote. “The shock experiments reveal not blind obedience but conflicting moral tendencies that lie deep within.”

Recently, some commenters have called Milgram’s methodology into question, and one critic noted that records of the experiment performed at Yale suggested that 60 percent of participants actually disobeyed orders to administer the highest-dosage shock. 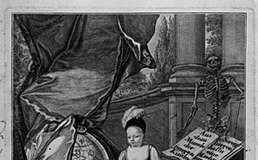