Something strange and unexplainable happened at Puma Punku 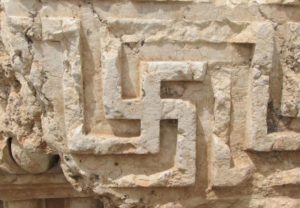 They are arguably the oldest, and most baffling ruins on the face of the Earth. It is hard to imagine how they did not come to be known as one of the wonders of the world like the Great Pyramid. Spectacular in its own right, the Great Pyramid is, yet it pales in comparison to the ruins of Puma Punku in Tiahuanaco, in South America.
The ruins of Puma Punku are one of four structures in the ancient city of Tiahuanaco. The others three structures are; The Akapana Pyramid, the Kalasasaya Platform, and the Subterranean Temple.

Even with modern day technology and information, these structures defy logic, and confound those who seek to solve the mysteries that lie within them. The ruins of Puma Punku are said to be the most fascinating, and most confusing of all. 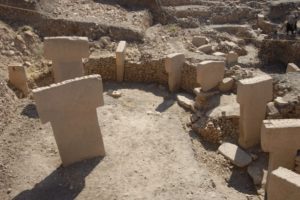 Puma Punku is believed to have once contained a great wharf, and a massive four part structure. Yet all that remains today are megalithic ruins from some cataclysmic event in history. A great earthquake? A comet that came too close to the Earth? A worldwide flood? These are all possible causes to the destruction of the once great structure that is now the ruins of Puma Punku.

Not only is there evidence to support the claim of a cataclysmic flood, but there is even evidence to support the theory that people once lived there before such a flood even occurred. The suspected flood could have happened somewhere around 12,000 years ago, and there is scientific evidence of tools, bones, and other material within flood alluvia, which suggests that a civilized people were there prior to any flood. Other evidence, that being carvings of bearded people that are not Andean, have been recorded throughout the area. 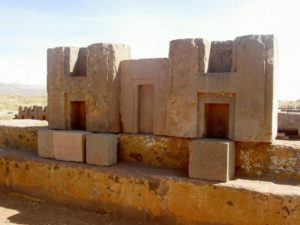 How is it that these ancient people were able to cut stones like this?

It is as if only master builders were allowed to come in and construct Puma Punku. All of the blocks are cut so that they interlock, and fit together like a puzzle. There is no mortar. There are only great stones that once fit together creating a structure some four levels high.

If these people could have moved these large stones to this precise location, then obviously they also had a way to place them one on top of another, but how in the world was this accomplished?

There are no trees in the area, the nearest quarry is at least 10 miles away, and we have no records as to how any of this could have been done. As far as most are concerned, there is no way that the Andean people could have done this 2500 years ago. If they couldn’t have done it, how is it possible that an even older group of people accomplished it? 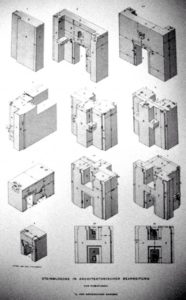 The strange mystery of Amenhotep’s Book of the Dead