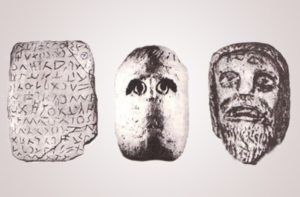 In 1924, a farmer named Emile Fradin found an underground chamber full of objects in one of his fields. There were strangely marked human bones, hermaphrodite idols, masks, and several tablets engraved with an unusual language. Fradin put out an open invitation for people to come and dig. They did so for years, and thousands of artifacts were uncovered.

Debate over the discoveries was so dramatic that the New York Times called it the “Glozellian war,” saying in 1927 that the whole of France was “divided into two violently opposed opinions” over whether the artifacts were genuine. Some archaeologists claimed that the items were from the Neolithic period and predated the Phoenician alphabet, from which the Greek, Hebrew, Latin, Arabic, and Cyrillic alphabets evolved. If that was true, the finds would mean the cradle of Western civilization was in France and not the Middle East.

The battle went to the courts. Fradin sued the head of the Louvre for defamation. Police raided the farmhouse and arrested the farmer for fraud after discovering freshly carved tablets—but believers claimed the fake tablets were plants. A report by international experts called them all fakes, but it just made everyone dig their heels in further. Fradin was never convicted of anything.

Modern tests say the bones range from as far back as 300 B.C. to as recently as the 1600s. Glass at the site is from Medieval France. The tablets themselves seem to match the earliest dates of the bones, making them over 2,000 years old. Their clay is chemically identical to the local clay, suggesting they originated there. Most now agree the text appears to be a form of old Celtic.

Yet there’s still a mystery as to why so many unusual and varied items ended up in a featureless field. No other site like it has been found anywhere in Europe. Fradin himself stuck to his story for 80 years, taking any secrets to his grave when he died in 2010. 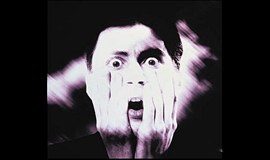 english-teacher.moscow - 28.08.2017
0
Seven Stories of Mystery and Horror-level-3 "The Pit and the Pendulum": A prisoner wakes up to find himself in a dark cell with a deep...
© 2017-2020 Репетитор английского языка Новогиреево Москва
БОЛЬШЕ ИСТОРИЙ