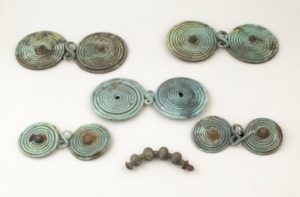 Two large stashes of bronze weapons and jewelry, from the eighth century B.C., have been discovered in southern Transylvania, in Romania.

The hoards date back to a time before minted currency had been invented or writing had spread to this part of Europe.

Within the collections, which held 300 and 50 objects, respectively, the researchers discovered double axes, short swords and spears. They also found brooches, foot and arm bracelets, pendants, torques (a kind of neck ring), beads, and hairpins. (All the jewelry was made of bronze.) The researchers found parts of horse harnesses, as well. [See Photos of the Bronze Hoards from Transylvania]

“The majority of the objects are made of bronze, yet there are also weapons and tools made of iron,” wrote Corina Bors, a senior archaeologist with the National History Museum of Romania, in the summary of a presentation she gave recently at the European Association of Archaeologists annual meeting in Glasgow, Scotland.

The hoards were discovered in a small ravine, dotted with springs, on the southern edge of a prehistoric site now called Tartaria–Podu Tartariei vest, which spreads over an area of 25 acres (10 hectares). This site was first discovered in the spring of 2012 during archaeological investigations carried out before the construction of a motorway in the area.

Many other finds were made at the site, including offering pits containing broken pottery and a burial site containing several bodies.

Gift for the gods?

The archaeologists said they aren’t sure who deposited the hoards or for what purpose. In different parts of Europe, bronze hoards have been found in caves, springs, marshes and rivers, Bors said. “Such bronze hoards might be seen as votive depositions, or, in other words, gifts to the deities of that time,” Bors told Live Science. 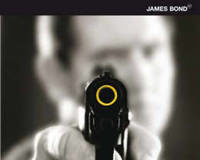 english-teacher.moscow - 05.10.2017
0
Auric Goldfinger, the most phenomenal criminal Bond has ever faced, is an evil genius who likes his cash in gold bars and his women...
© 2017-2020 Репетитор английского языка Новогиреево Москва
БОЛЬШЕ ИСТОРИЙ

The woman who disappeared — level 5