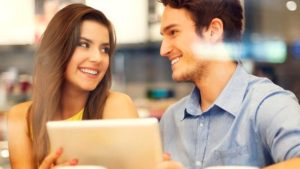 We’re told over and over again that men want sex more than women. It’s such a common societal belief, it’s been ingrained within our culture, way of thinking, and even psychological research (that has shown just that). But what if that entire belief system is wrong? What if women want sex just as much as men, but simply respond to prompts regarding casual sex very differently?

Women, unlike men, have two very real fears connected to sex — being judged by society (or their friends or family) for engaging in casual sex, and, fear of physical harm from an encounter with a stranger. Men have neither of these worries. So any study of women’s sexual behavior would have to work to take these fears into account.

Baranowksi & Hecht (2015) managed to design a study that did just that, by coming up with an elaborate cover story that helped allay these fears in women participants. Previous studies found most men but no women would take up the opportunity for casual sex with a stranger when approached on a college campus. This study, however, found something more surprising — all of the men and nearly all of the women chose to meet up for a date or sex with at least one partner. With the right set of circumstances, women’s and men’s drives for casual sex look a lot alike.