Домой 3. Intermediate We all have some capacity for evil. 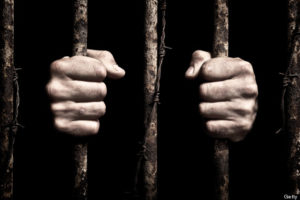 Arguably the most famous experiment in the history of psychology, the 1971 Stanford prison study put a microscope on how social situations can affect human behavior. The researchers, led by psychologist Philip Zimbardo, set up a mock prison in the basement of the Stanford psych building and selected 24 undergraduates (who had no criminal record and were deemed psychologically healthy) to act as prisoners and guards. Researchers then observed the prisoners (who had to stay in the cells 24 hours a day) and guards (who shared eight-hour shifts) using hidden cameras.

The experiment, which was scheduled to last for two weeks, had to be cut short after just six days due to the guards’ abusive behavior — in some cases they even inflicted psychological torture — and the extreme emotional stress and anxiety exhibited by the prisoners.

“The guards escalated their aggression against the prisoners, stripping them naked, putting bags over their heads, and then finally had them engage in increasingly humiliating sexual activities,” Zimbardo told American Scientist. “After six days I had to end it because it was out of control — I couldn’t really go to sleep at night without worrying what the guards could do to the prisoners.”