Домой Тексты для чтения Is the Voynich manuscript a hoax? 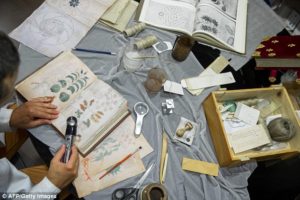 The 15th century cryptic work has baffled scholars, cryptographers and codebreakers. So far, no one has been able to read a single letter of the script or any word of the text.

An ancient book that has baffled experts for decades may be an elaborate hoax, it has been revealed.

The centuries-old Voynich manuscript, which dates back to the middle ages, was long thought to contain a secret code and cyptographers have spent years trying to decipher the mysterious text.

However, one expert now claims that simple techniques could have been used to fool people into thinking that the bizarre text was actually written in code.

Many experts argue that the text contains similar features to natural languages, suggesting that it may be a code.

However, Gordon Rugg, a computing expert at Keele University claims to have worked out a simple system that produces the answer! – Gibberish! 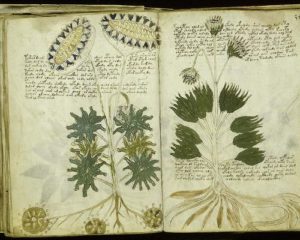 People for years thought that the syllables are not random,’ he told Rebecca Boyle at New Scientist.

‘What I’m saying is there are ways of producing gibberish which are not random in a statistical sense.

The Voynich Manuscript, carbon-dated to the 1400s, was rediscovered in 1912, but has defied codebreakers since.

Bedfordshire University’s Stephen Bax says he has deciphered 10 words, which could lead to more discoveries.

The manuscript, which some think is a hoax, is full of illustrations of plants and stars, as well as text.

In June last year, Marcelo Montemurro, a theoretical physicist from the University of Manchester, UK, published a study which he believes shows that the manuscript was unlikely to be a hoax.

Dr Montemurro and a colleague, using a computerised statistical method to analyse the text, found that it followed the structure of “real languages”.

In February this year, a paper published in the journal of the American Botanical Council said one of the plant drawings suggested a possible Mexican origin for the manuscript.