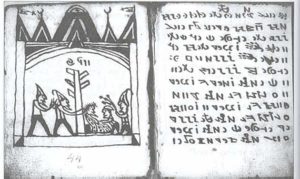 The Middle Ages produced their share of strange texts, but perhaps none was as mysterious as the Book of Soyga, a treatise on magic and the paranormal that contains passages that have yet to be translated by scholars. The book is most famously associated with John Dee, a noted thinker of the Elizabethan era who was known to dabble in the occult. In the 1500s, Dee was said to be in possession of one of the only copies of the book, and he supposedly became obsessed with unlocking its secrets, particularly a series of encrypted tables that Dee believed held the key to some kind of esoteric spiritual knowledge. This was no easy task, as the book’s unknown author had utilized a number of typographical tricks, including writing certain words backwards and encoding others in mathematical script. Dee became so fixated on cracking the codes that he even traveled to continental Europe in order to meet with a famous spiritual medium called Edward Kelley. Through Kelley, Dee claimed to have contacted the archangel Uriel, who he claimed told him that the book’s origins dated back to the Garden of Eden.

Unfortunately, Dee was unable to finish decoding the mysteries of the Book of Soyga before his death. The book itself, though known to have existed, was believed lost until 1994, when two copies of it were rediscovered in England. Scholars have since studied the book, and one of them was able to partially translate the tables that had so fascinated Dee. Still, beyond finding that the book is most likely related to Kabbalah, a mystical sect of Judaism, these researchers have not been able to decipher the book’s real significance. 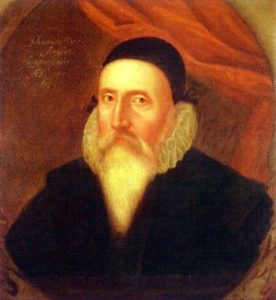 One of the most baffling of the hidden texts is without doubt the Rohonc Codex. This most peculiar script is written from right to left, and seems to mix up runes, straight and rounded characters in the style of Old Hungarian – but it defies all attempts at translation.

The document  has proven resistant to any kind of consistent translation or explanation, a centuries-old book that is said to have surfaced in Hungary sometime in the 1700s. The Codex consists of 448 pages of text, all of it written in a still-unknown language. Scholars have argued that it could be anything from early Hungarian to Hindi, but it lacks many of the prominent features of any of these languages. Moreover, the alphabet features many more characters than any major language outside of Chinese. Perhaps even more fascinating than the text of the Rohonc Codex are the 87 illustrations that accompany it. These depict everything from landscapes to military battles, but they also employ religious iconography that is unique to a number of different religions, including Christianity, Hindu, and Islam. This would suggest that whatever culture the document depicts had many different faiths in existence simultaneously.

There have been several partial translations of the Rohonc Codex, each with its own unique results. One scholar proclaimed the document to be a religious text, while another said it was a history of the Vlachs, a Latin culture that once thrived in modern-day Romania. But perhaps the most popular take on the document’s origin is that it was a hoax perpetrated by Samuel Literati Nemes, a notorious forger from the mid-1800s. This idea has often been disputed, but though they have managed to prove that the text of the Codex is not just gibberish, modern scholars have been unable to prove the forgery theory wrong 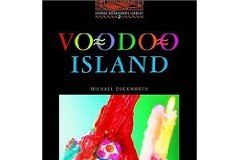 english-teacher.moscow - 05.08.2017
0
Mr James Conway wants to make money. He wants to build new houses and shops - and he wants to build them on an...
© 2017-2020 Репетитор английского языка Новогиреево Москва
БОЛЬШЕ ИСТОРИЙ