Домой Тексты для чтения The mystery of The Taulas Of Menorca 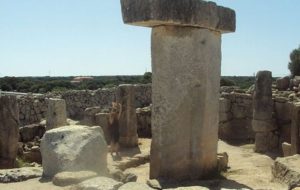 The taulas are ancient megaliths that stand on the Spanish island of Menorca, quite similar in appearance to the more famous Stonehenge. While it is thought that the taulas were erected by the ancient inhabitants of the island at some point after 2000 B.C., there is no concrete evidence as to why the structures were built or why they are found only on Menorca and not on neighboring islands.

Naturally, theories abound. Some believe that the stones symbolized a temple of some sort. Waldemar Fenn, a German archaeologist, has pointed out that the taulas all faced south, leading him to speculate that they were erected as a religious monument to measure the movement of the moon. His theory became known as the Taula Moon Theory.

Unfortunately, Fenn’s theory could only be applied to 12 of the 13 intact taulas. It did not match the megalith found on the northern side of the island. The real reason for the taulas’ construction remains unknown.