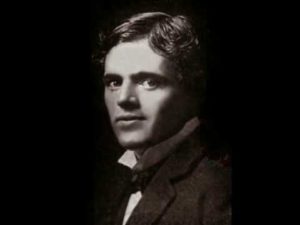 In 1950, a man with mutton chop sideburns and Victorian-era duds popped up in Times Square. Witnesses said he looked startled, and then a minute later, he was hit by a car and killed.

The officials at the morgue searched his body and found the following items in his pockets:

None of these objects showed any signs of aging.

Captain Hubert V. Rihm of the Missing Persons Department of NYPD tried using this information to identify the man. He found that the address on Fifth Avenue was part of a business; its current owner did not know Rudolph Fentz. Fentz’s name was not listed in the address book, his fingerprints were not recorded anywhere, and no one had reported him missing.

Rihm continued the investigation and finally found a Rudolph Fentz Jr. in a telephone book of 1939. Rihm spoke to the residents of the apartment building at the listed address who remembered Fentz and described him as a man about 60 years who had worked nearby. After his retirement, he moved to an unknown location in 1940.

Contacting the bank, Rihm was told that Fentz died five years before, but his widow was still alive but lived in Florida. Rihm contacted her and learned that her husband’s father had disappeared in 1876 aged 29. He had left the house for an evening walk and never returned

The story was published a number of times in the 70’s and 80’s as fact,  until 2000, after the Spanish magazine ‘Más Allá’ published a representation of the events as a factual report, folklore researcher Chris Aubeck investigated the description to check the veracity. His research led to the conclusion that the people and events of the story invented all were fictional, although he could not find the original source.

Pastor George Murphy claimed in 2002 that the original source was  from either a 1952 Robert Heinlein science fiction anthology, entitled ‘Tomorrow, The Stars’ or the Collier’s magazine from 15 September 1951. The true author was the renowned science fiction writer Jack Finney (1911–1995), and the Fentz episode was part of the short story I’m Scared, which was published in Collier’s first. This meant that the fictional character and the source of the story were finally identified – so everyone thought. No copies of the story have ever been found, and Finney died before he could be questioned.

in 2007 a researcher working for the then Berlin News Archive, found a  newspaper story in the archives from April 1951 reporting the story almost as it reported today. This newspaper archive was printed some 5 months before the short story sourced as the origin.  Whats  even odder, a number of researchers have claimed to have found evidence of the real Rudolph Fentz, and proof of his disappearance aged 29 in 1876.

The Story of the Internet — level 5

english-teacher.moscow - 17.07.2018
0
The Story of the Internet charts the development of an invention that has had a more dramatic effect on human communication than any since...
© 2017-2020 Репетитор английского языка Новогиреево Москва
БОЛЬШЕ ИСТОРИЙ