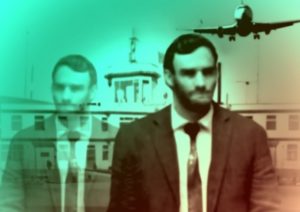 It’s July 1954; a hot day. A man arrives at Tokyo airport in Japan. He’s of Caucasian appearance and conventional-looking. But the officials are suspicious.

On checking his passport, they see that he hails from a country called Taured. The passport looked genuine, except for the fact that there is no such country as Taured – well, at least in our dimension.

The man is interrogated, and asked to point out where his country supposedly exists on a map.

He immediately points his finger towards the Principality of Andorra, but becomes angry and confused. He’s never heard of Andorra, and can’t understand why his homeland of Taured isn’t there. 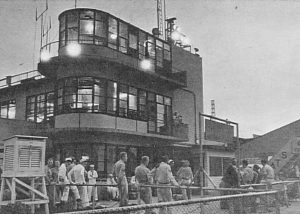 According to him it should have been, for it had existed for more than 1,000 years!

Customs officials found him in possession of money from several different European currencies.

His passport had been stamped by many airports around the globe, including previous visits to Tokyo.

Baffled, they took him to a local hotel and placed him in a room with two guards outside until they could get to the bottom of the mystery.

The company he claimed to work for had no knowledge of him, although he had copious amounts of documentation to prove his point. 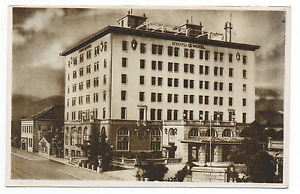 The hotel he claimed to have a reservation for had never heard of him either.

The company officials in Tokyo he was there to do business with? Yup, you’ve guessed it – they just shook their heads too.

Later, when the hotel room he was held in was opened, the man had disappeared.

The police established that he could not have escaped out of the window – the room was several floors up, and there was no balcony?

Similar happenings to the Taured mystery have occurred before. In 1851, a man wandering Frankfurt an der Oder in Germany claimed he was from a country called “Laxaria”, a state found on the continent of “Sakria”.

Another man, who spoke a completely unrecognizable language, was caught stealing bread in Paris in 1905. He said he was from “Lizbia”, and although the man did not speak Portuguese nor recognize Portugal as his homeland on a map, the authorities assumed he meant Lisbon, the capital of Portugal.

We all have some capacity for evil.

english-teacher.moscow - 11.05.2017
0
Arguably the most famous experiment in the history of psychology, the 1971 Stanford prison study put a microscope on how social situations can affect...
© 2017-2020 Репетитор английского языка Новогиреево Москва
БОЛЬШЕ ИСТОРИЙ