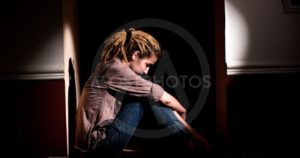 Research from the University of the Basque Country published in the Spanish Journal of Psychology found that despite changing attitudes towards interpersonal relationships, women feel significantly more guilt than men. This did not simply reflect higher levels of this emotion in women but a lack of it in men.

«Our initial hypothesis was that feelings of guilt are more intense among females, not only among adolescents but also among young and adult women, and they also show the highest scores for interpersonal sensitivity.»

The study was based on data from an equal number of male and female subjects across the age range: 156 teenagers, 96 young people and 108 adults.

Participants were asked to identify situations in which they felt most guilt. They also completed interpersonal sensitivity tests — the Davis Empathetic Concern Scale, and a questionnaire on Interpersonal Guilt, developed specifically for this research.

Researchers found that intensity of habitual guilt was significantly higher for women in all three age groups but particularly in those between 40-50 years. They also identified gender differences in interpersonal sensitivity, although the disparity was less marked in that age group. Generally, levels of interpersonal sensitivity in men (especially those aged between 25-33) was found to be «comparatively low». Researchers suggest this could have detrimental effects on relationships and social functioning, for example inability to feel empathy for others and failure to take responsibility.

In a previous study, researchers analysed two manifestations of guilt, empathy and anxiety-aggression. They found the latter type more prevalent in subjects who were governed by strict expectations of behaviour as a consequence of their upbringing.

«It seems obvious that this component will be more intense among women, and especially in older women.»

The researchers conclude that this may explain the significant differences in intensity of habitual guilt in women aged 40-50 despite convergence with male interpersonal sensitivity scores.

«Educational practices and a whole range of socialising agents must be used to reduce the trend towards anxious-aggressive guilt among women and to strengthen interpersonal sensitivity among men.»